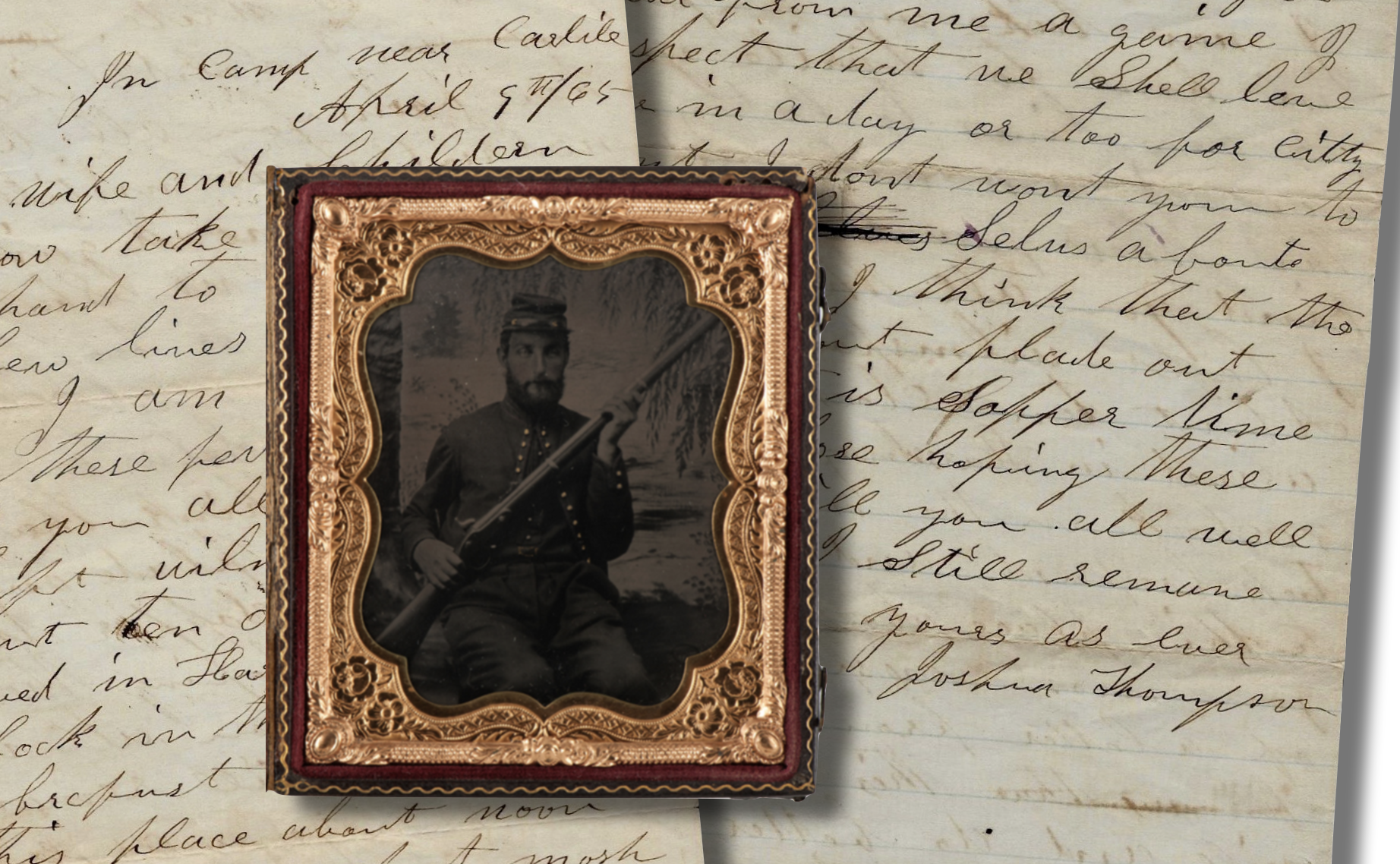 This letter was written by Joshua Thompson who enlisted on 30 September 1861 as a private in Co. H, 95th Pennsylvania Infantry (“Gosline’s Zouaves”). Joshua was listed among the wounded soldiers from the fighting in the Wilderness in 1864. In November 1864, he transferred from Co. H to Company A. He mustered out of the regiment on July 17, 1865 after nearly four years’ service. During the war, the regiment lost 11 Officers and 171 Enlisted men killed and mortally wounded and 1 Officer and 72 Enlisted men by disease.

[Note: the cased image in the header is an unidentified member of the 95th Pennsylvania.]

I now take my pen in hand to write you a few lines to let you know that I am well and I [hope] that these few lines will find you all the same. I left Williamsport on Friday about ten o’clock and arrived in Harrisburg about 8 o’clock in the morning and took breakfast and then came to this place about noon. You must [not] expect much of a letter from me this time. I will [try] and do better next time. I don’t know as this can be read for I have had to lay on the ground to write.

I should like to hear from you all but you need not write until you hear from me again. I expect that we shall leave here in a day or two for City Point [Virginia]. I don’t want you to worry, Selus, about me for I think that the war is about played out.

Well, it is supper time and I close hoping these lines will [find] you all well. I still remain yours as ever, — Joshua Thompson 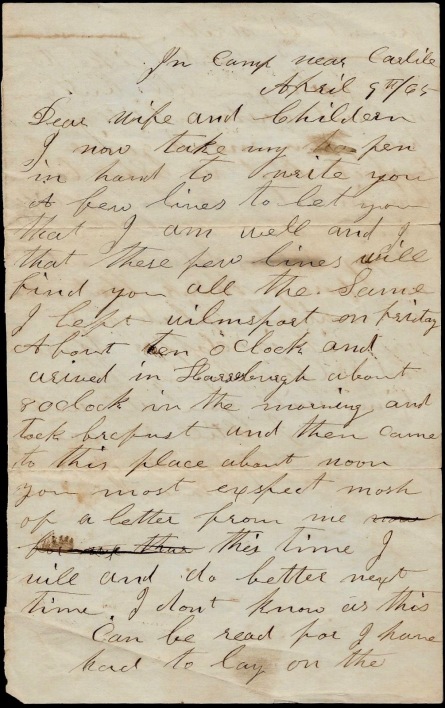