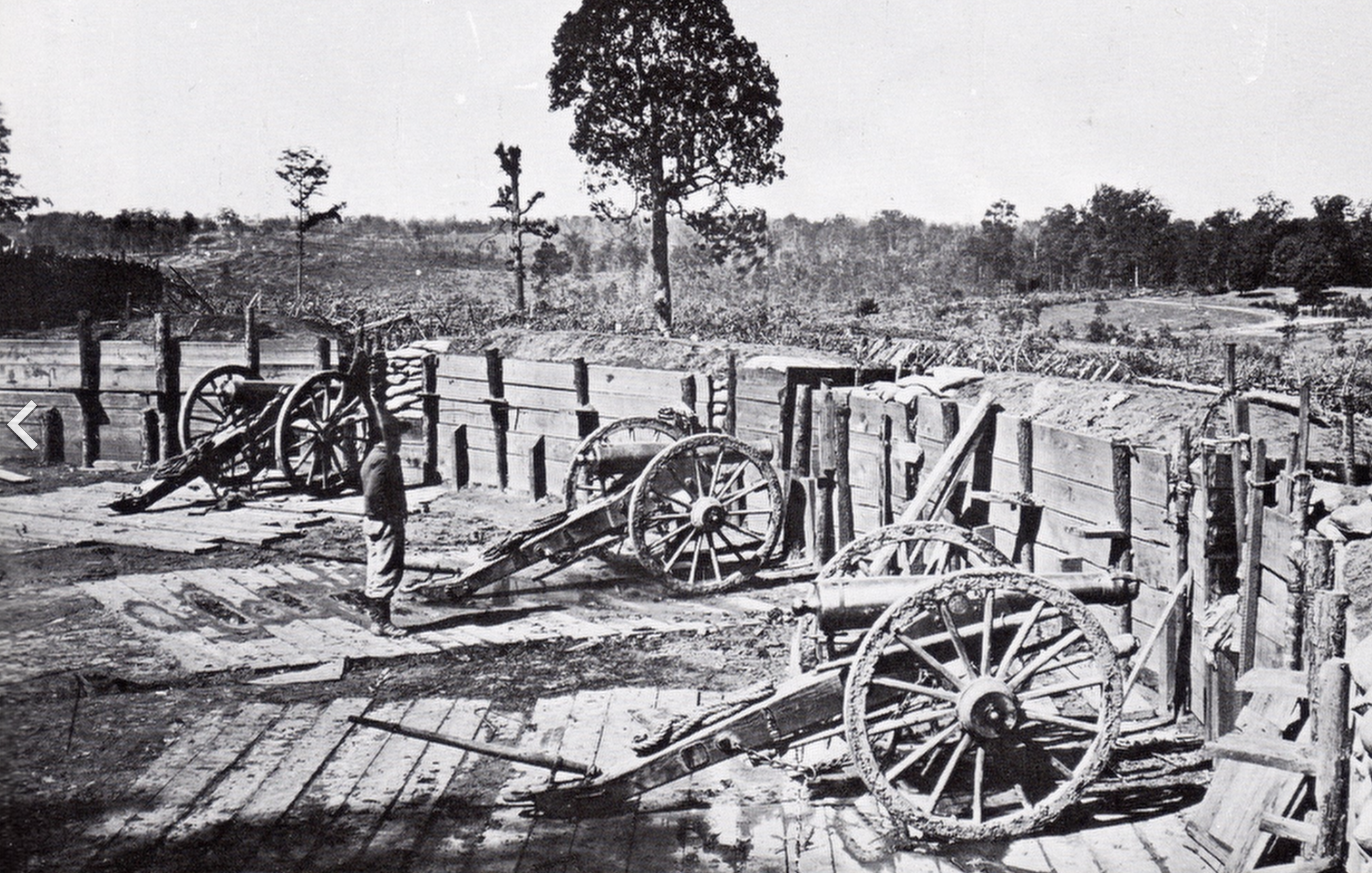 Timothy enlisted on October 1, 1861 as a private in the 29th Georgia Infantry and served in the regiment until he was taken prisoner at the Battle of Franklin in November 1864 and died in the prison stockade at Nashville on 17 December 1864. On 2 November 1865, the Nashville Daily Union published a “List of Rebel Soldiers and Refugees, Buried by W. R. Cornelius, Government Undertaker, No 40 Church Street, Nashville, Tenn.” Timothy Lanier, Co. I, 29th Ga. was buried on January 5th according to that list.

[Note: This letter is from the private collection of Jim Doncaster and is published by express consent. The header image shows the Confederate. defenses at Atlanta.]

I take my pen in hand to drop you a few lines which will inform you that I am well at present hoping these few lines may find you all enjoying good health. Dear Mother, I haven’t got anything new to write to you more than Brother John and Gibson got too letters from you last night and I was more than glad to hear from you all and to hear the news. You wrote that you had not heard from William Murphy since he left home. He is up here but I hain’t seen him. Daniel went to see him. He is about six miles from us. He stays at the cook wagon to cook for the company. Tell Jack to write to me and write me a long letter. Tell him I have been in one fight since I came back. I got in a tight place but I came out. I stood up and fought the Yanks till they got up [with]in ten steps before I run out. The balls sung around my head like mad bees.

Mother I want you to be sure to write to me. Write how much milk you get. I wish I was at the old cupboard this morning. If I was, I think I could find something good to eat, I hope I will live to see this war end and return home in peace. I hope I will do better than I have done in past times. I have got no money but Gibson gets things for me. He is very good to me. I owe him sixteen dollars now for things he has bought for me. Mother, our rations is mighty short. I sit down and eat up my rations at one bite.

A bombshell liked to hit me and Gibson while I was writing this letter. Be sure to write to me as soon as you get this letter. I will close for this time. I remain your affectionate and loving son until death, — Timothy Lanier

To my dear Mother 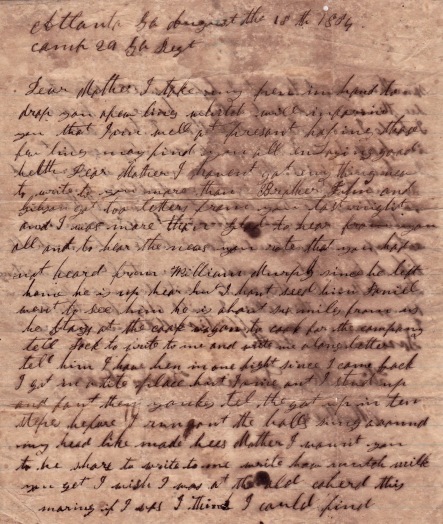