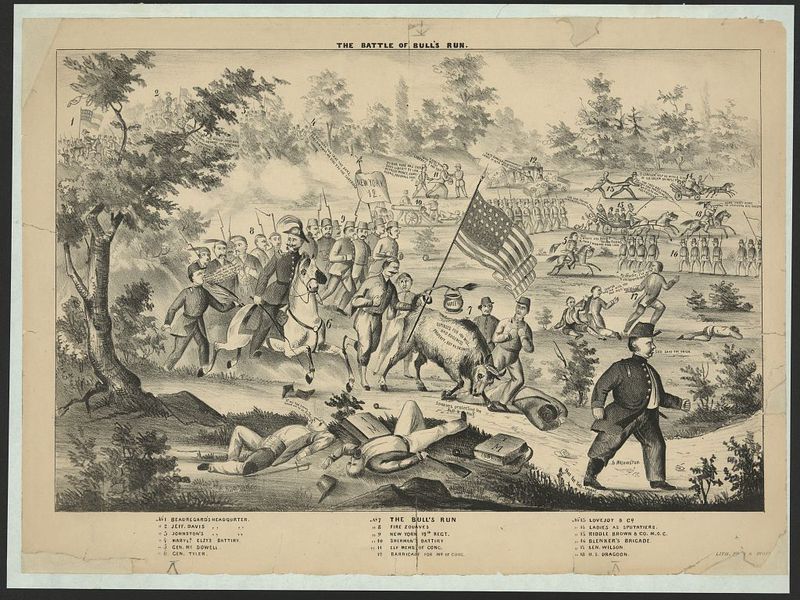 This incredible letter was written by Michael P. Long (1823-1892) who enlisted in Co. E, 3rd Michigan Infantry as private on 13 May 1861. He remained with the regiment when it was converted to a three-year regiment and then re-enlisted again on 18 February 1864 and elevated in rank to First Sergeant. After being transferred to the 5th Michigan Infantry, he was discharged to accept a commission as Captain of Co. F, 3rd Michigan (reorganized) on 29 July 1864. Before leaving the service, he was brevetted a Major for gallant and meritorious service in the field during the war on 13 March 1865. He mustered out at Victoria, Texas. During his years in the service, “he fought in the Battles of Bull Run, Yorktown, Fair Oaks, Before Richmond, Manassas, Chancellorsville, Fredericksburg, the Wilderness and Gettysburg.”

Muster records indicate that Michael was from Peoria, Illinois, and that he was 38 years old when he enlisted in 1861. Another source indicates he was born on 12 August 1836 in New York City and worked briefly in Peoria before relocating to Grand Rapids, Michigan. I recommend the readers to Long’s biographical sketch posted by Steve Soper in 2017 that appears on the Men of the 3rd Michigan.

This letter was datelined on 12 July 1861 which was clearly a mistake as it pre-dates the Battle of Bull Run. My hunch is that the letter was written on 12 August 1861 which follows the date on which McClellan was appointed commander of the Military Division of the Potomac (26 July 1861).

I received yours from Laporte [Indiana] last Thursday, John. It was with pain & sorrow I received that letter although I had almost expected Father’s death. Still I had fondly hoped that he might be spared until I could give him a home or could have been near him at his last moments. God knows I have suffered in secret for whatever harm I may have done but tis now too late. We are now alone. When I received your letter I felt crushed. I looked around me but not one of the old familiar countenances around and I seemed for the moment lost.

I have been on the sick list for a whole [week] but am now getting better. I may see you soon if you are still in Laporte as there is a prospect of our going home in 30 days. We are 3 years men but there appears to be some fluke in the manner in which we were mustered in so it is calculated we will be ordered home & be sworn in again. Our Colonel [Daniel McConnell] is very unpopular & threats have been made against his life. We are encamped on the estate of Lt. Hunter, C. S. A.  The house is an old romantic-looking mansion. The grounds are the most beautiful I ever saw. The scenery is magnificent—the house commanding a view of the Potomac & the City of Washington.

Gen. McClellan is our division commander. The men have every confidence in him. If anybody says says that we did not fairly win the Battle of Bulls Run, tell them they are mistaken, but it was lost by bad generalship. Think of men marching 30 miles & when arriving near the battlefield at 3 P. M., having marched since morning on empty stomachs & then going into the battlefield on double quick & you have some idea of how we felt. To tell the truth, it was murder. To judge of how I felt & others besides, I fell asleep on the battlefield when we were posted on a hill & the boys dodging & squatting all around. We were not allowed to return a shot in the early part of the fight. We were marched within 40 rods of a masked battery & a flank fire of Minié Rifles and after marching down there to no purpose were marched to a hill on the right where they had another fair sweep at us.

Of some of the scenes I must tell you of one. One poor fellow—a member of the New York 12th—was sitting by the roadside on a stone eating a cracker. He supposed he was out of danger, poor fellow, when a rifle cannon ball struck him on side of the face and completely cut it off above the chin. It severed the upper lips from the rest of the face. The poor fellow lived 2 hours after he was shot. It was pitiful to see him put up his hands & feel for his face. Others there were [who] were worse than this.

I would advise you, John, not to enlist when no men can be found to fight their country’s battles than it may do to show patriotism, & as for enlisting any other way, it don’t pay. It costs a man 10 dollars a month to live for Uncle Sam sometimes forgets his boys. We were 3 days without rations at Bulls Run. How can men fight thus? We fare well now as Bull Run has taught them a lesson.

Send me Chicago papers if you can. There are no western papers here. I would write more if I had room. Goodbye, Your brother, —- M. P. Long

¹ Camp Hunter was described as “a lovely campground” by Daniel G. Crotty of the Third Michigan Infantry in his book, Four years campaigning in the Army of the Potomac. “A panorama stretches out before me that is difficult to describe. Down. in the valley are myriads of tents shining in the sun; the lazy four-mule teams, as they pull their covered wagons along the different roads; the beautiful Potomac, as it winds its way to the sea; the Long Bridge leading across the river connecting the sacred soil of Washington, whose beautiful Government buildings increase the grandeur; and the unfinished monument to the Father of his Country, are all visible at one view. “ 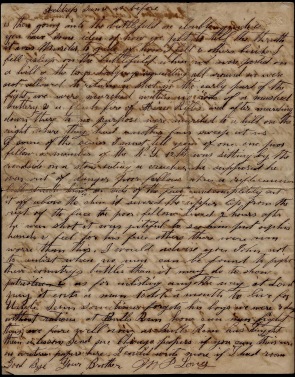 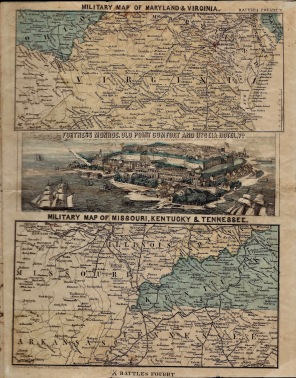