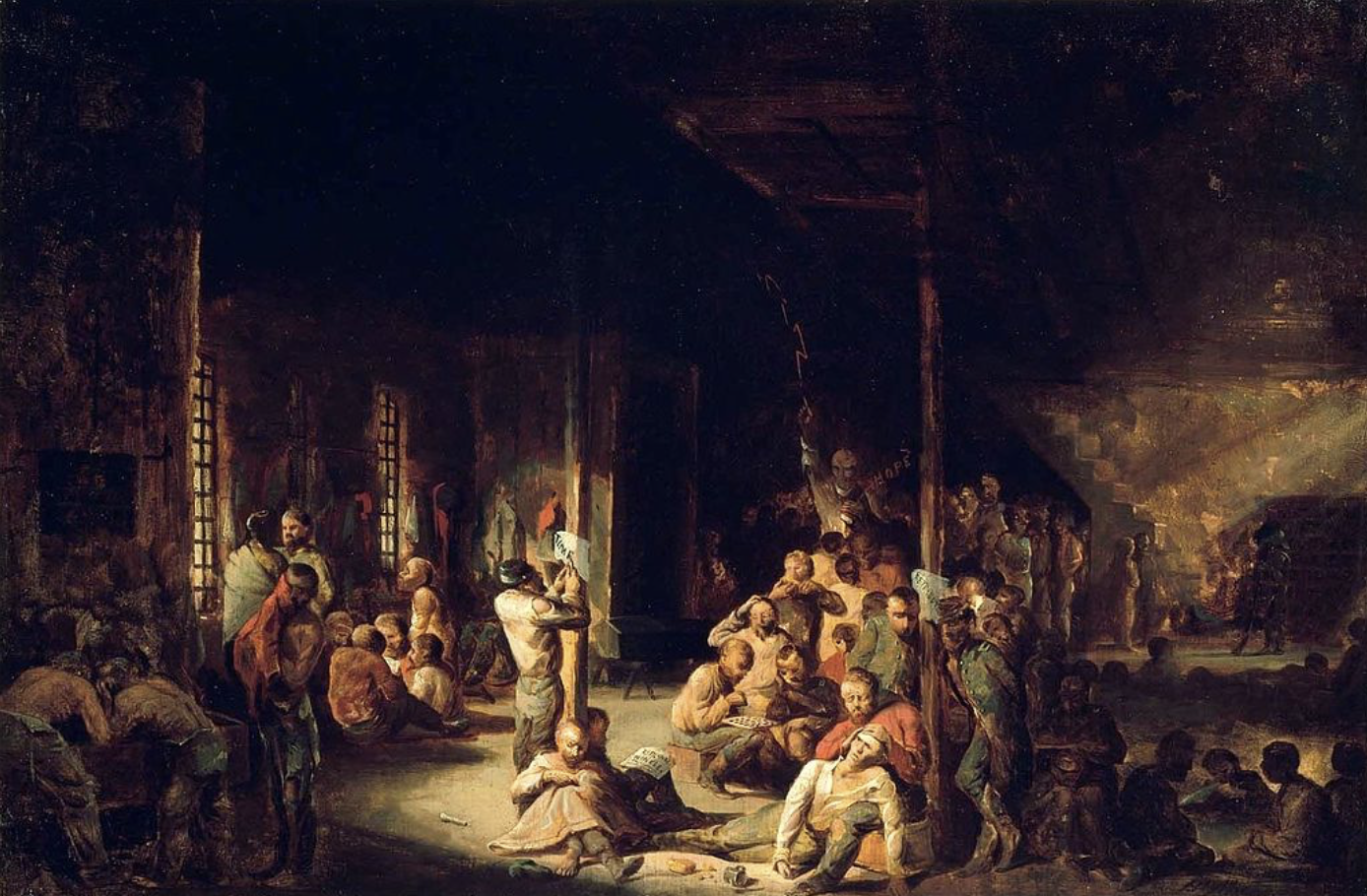 This letter was written by 30 year-old Capt. John R. Day (1828-1889), of Vassalboro, Kennebec county, Maine, who enlisted on 4 June 1861 as a 2nd Lieutenant in Co. H, 3rd Maine Infantry. He was promoted to 1st Lieutenant sometime prior to 20 June 1863—and may have been acting as Captain—when he was captured at Gum Springs, Virginia. ¹ His highest rank on the company roster is that of 1st Lieutenant and he is identified as a Lieutenant among the Libby Prison captive officers. His gravestone identifies him as “Captain John R. Day.” John was finally mustered out of the service on 28 June 1864 (a year after he was captured) but it isn’t known when he was exchanged. His name does not appear among the names of the officers who escaped from Libby Prison not long after this letter was written, nor among those who were recaptured.

John was the son of William A. Day (1779-1838) and Betsey E. Jones (1787-1844) of Leeds, Androscoggin county, Maine. In his letter, John mentions receiving a letter from his brother, Isaac C. Day (1824-1902) who was married in 1848 to Martha A. Ballard (1823-1881) and also served in the Union army. Isaac enlisted in August 1862 as a private in Co. A, 20th Maine Infantry—the regiment that won everlasting fame at Gettysburg—but it appears that Isaac was not among the men defending Little Round Top [See 20th Maine at Gettysburg]. He was most likely hospitalized somewhere but not declared unfit for service and sent to the Invalid Corps until November 1863. He  was finally discharged from the service in July 1865.

[Note: This letter is from the personal collection of Jim Doncaster and is published by express consent. The header image is a painting of Libby Prison.]

I received quite a mail from you today—three letters and one from Brother Isaac. The dates was December 22nd, 28th, and January 3rd. I have written as many to you. You wrote you had not received one from me for three weeks. I do not understand the reason why you do not for I write them.

The same old story. No news to write to you that will interest you but for all of that, I think you would like to hear from me. Well, I yet live in Libby Prison and the prospect bids fair to stay here for some time to come but can’t tell what may turn up in the next six months. I find no fault with my government—am willing to stay as long as they see fit to keep me here but shan’t I be glad when they see fit to take me out of this place—yes! My health is better than when I last wrote to you. It will never be good as long as I stay here. I will make up when I get out.

You wrote in one of your letters you was going to Vass[alboro] and in the other you was not. Why don’t you make up your mind and stick to it? Now I will tell you what I want done. I don’t want you to break up housekeeping till you hear from me & I want you to take good care of that money. Let it out to no one but what you can draw it in at any time you want. In one of your letters your health was never so good as it had been this winter and in the other you had been sick most all the time. Write in your next which one I shall believe. Take good care of yourself and not work too hard and get sick.

I must draw to a close. Tell Willie to be a good boy and go to school. Give my respects to all and love to Sister Susan and Brother Cook. I would like to be with them tonight. Take more time in writing your letters. I suppose you will say the same to me all right.

N. B. ² Send me a box as soon as you find out it will come for I am very much in want of one. Send some stockings & shirts. Can you draw your allotment? Have not been paid since the 1st of May. You ask Perciville about it. I don’t know as you can draw it but he will draw it if you can (keep it to yourself).

¹ There was no skirmish or battle fought at Gum Springs on the date that Lt. Day was captured. The regiment had arrived at Gum Spring about 10:30 p. m. on the 19th June after a ten mile march from Centreville. It appears that Co. H went out on picket duty that night and Lt. Day was probably taken prisoner while making his rounds. This would have been less than two weeks before the Battle of Gettysburg where the regiment fought under the command of Gen. David Birney’s Third Corps.

² “N. B.” is latin for “Nota Bene” which means “observe carefully or take special notice.” 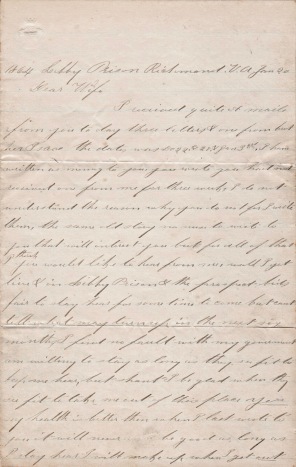 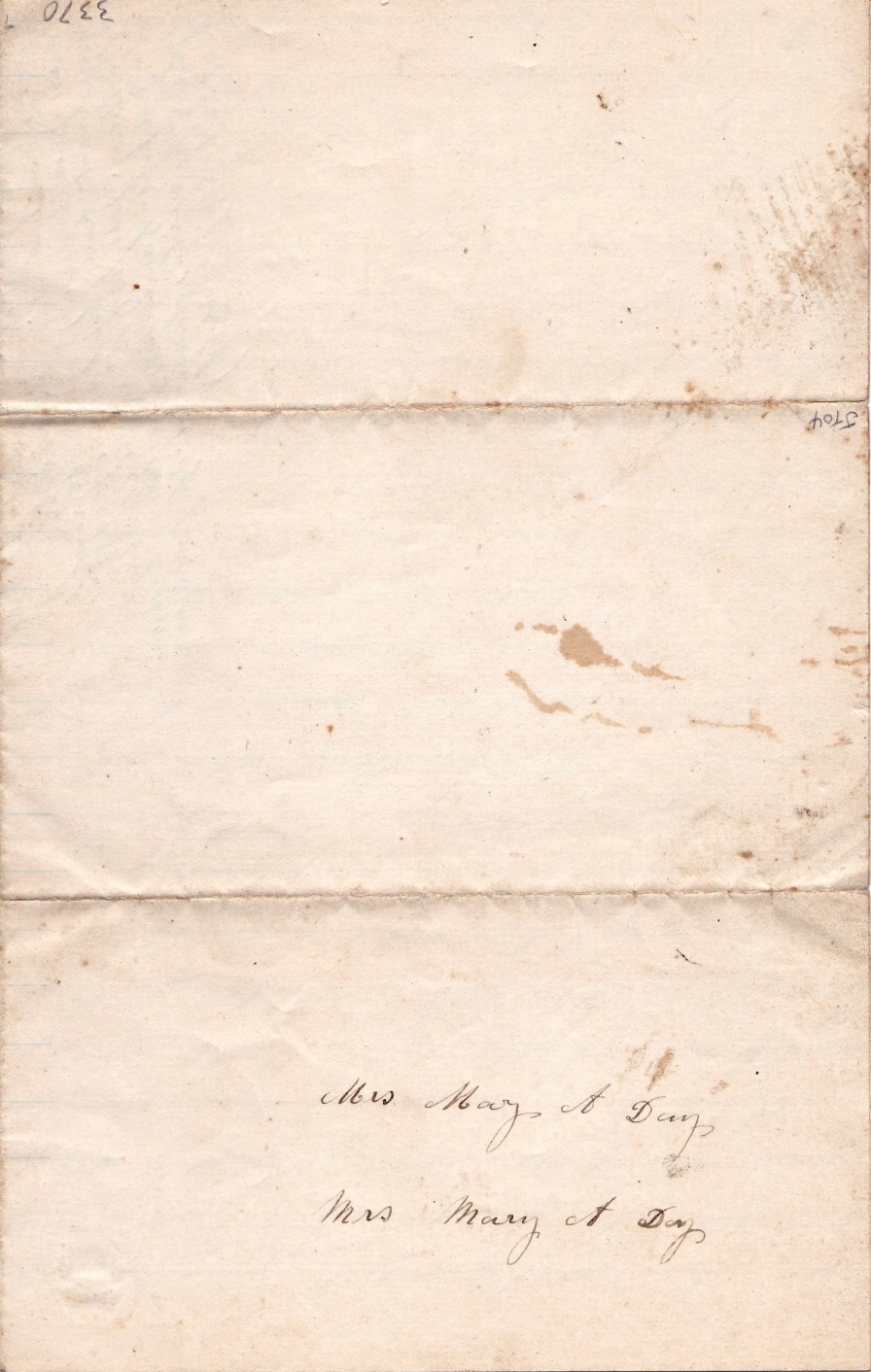