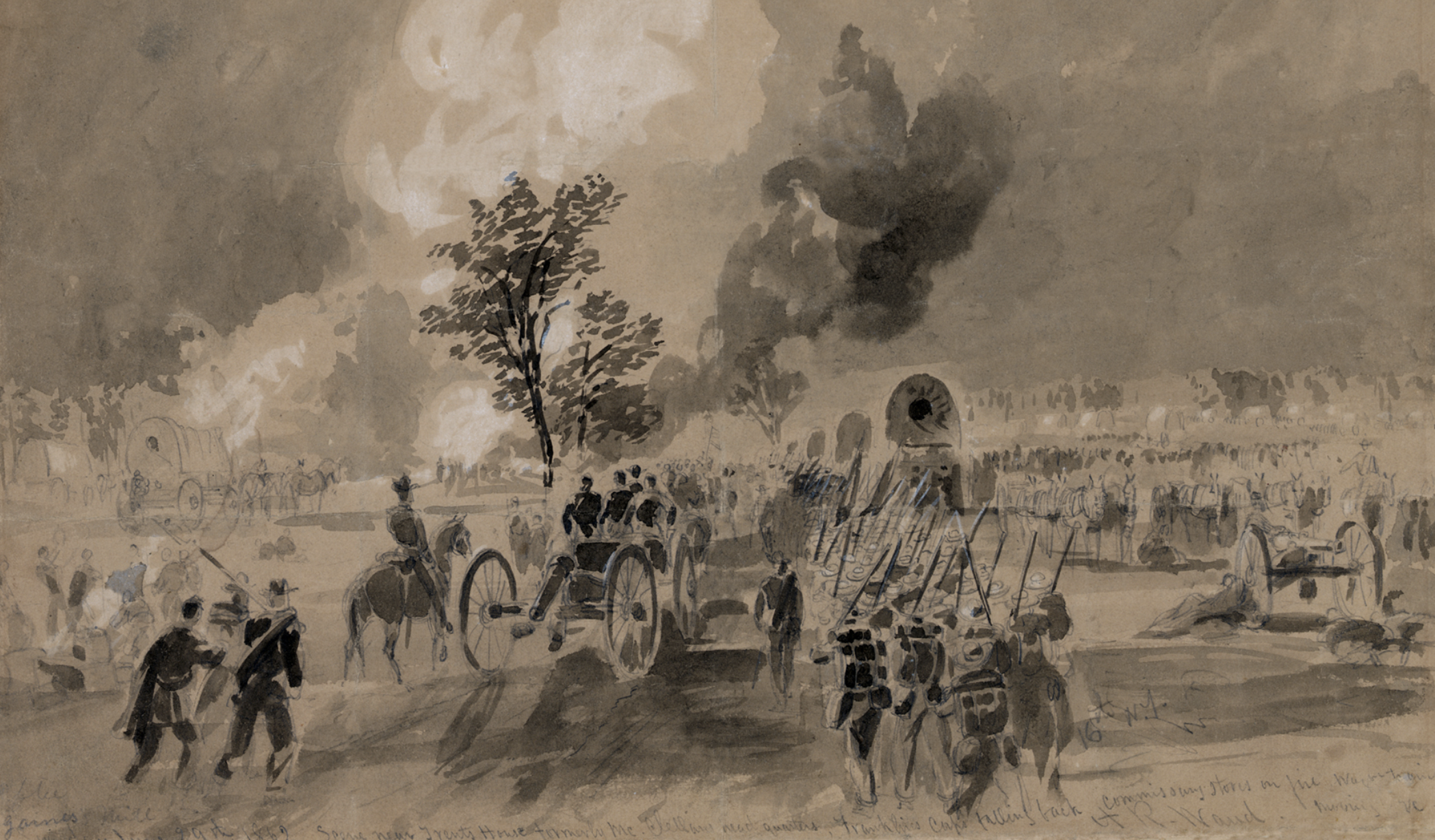 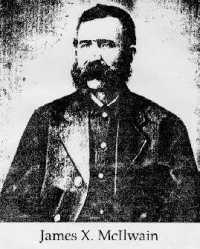 James Xenophon McIlwain (1831-1883)—a saddler from Apollo, Armstrong county, Pennsylvania—wrote the following letter while serving in Co. G, 40th Pennsylvania Infantry (11th Penn. Reserves). James enlisted in June 1861 and mustered out with his company in June 1864 but not before having passed through hard fights at Gaines’ Mill, Second Bull Run, South Mountain, Antietam, Fredericksburg, Gettysburg, and the Wilderness. At Gaines’ Mill, the regiment got its first serious taste of battle. They fought fiercely most of the day, but in the dense woods and smoke, darkness, and confusion of battle, they lost contact with other regiments in the Union line who retreated, leaving them fighting alone with the 4th New Jersey until many of them were killed or taken prisoner. In this letter to his wife, written nearly a month after the battle, James records the names of the killed, wounded and taken prisoner during the fight. Co. G was recruited from Armstrong county and a review of the names on the roster reminds us how many of those who enlisted were brothers or close relatives to each other.

James was married to Emaline (“Emma”) Hildebrand (1838-1921) who bore her husband at least nine children in their lifetime together. James’ parents were John McIlwain (1798-1837) and Jane Gordon (1808-1877); Emma’s folks were Henry and Julia (Garvin) Hildebrand. Census records indicate that the McIlwain’s lived their entire lives in Apollo, Armstrong Co., 35 miles northeast of Pittsburgh in a rugged coal mining region.

I write this to let you know that I am well—also the balance of the Boys who are here of our Company. I wrote a line to Mrs. Ford stating that Capt. [James P.] Speer had passed down the river in company with the wounded Boys out Co. G and that [Sgt.] Will Ford was well, only that he was a prisoner. I suppose you have heard all about the affair by this time. Capt. [Speer] was wounded in the shoulder and thigh but expects soon to be with his company. I heard nothing about Col. [Samuel M.] Jackson being wounded. I think he is only a prisoner. Billy Withington, [Robert] George Armstrong, David Faulk, [Corp.] George Maguire, James and William Rutter, and [Corp.] Levi Shaner were wounded. John Gamble, Sam Maguire, and David Mann are missing.

The killed was [Corp.] Thomas Young and his brother Wallace, Wash Maguire, Wash Harper, and three others belonging to the Company who are not known in Apollo. ¹

I scribbled a line to Mrs. Ford in a hurry and I expect no one can read it. Tell her she can try and read this. You must excuse haste as I have but little time to write. The Brass Band will start for home in a few days and Smith Jack can then give you all the full particulars. ² Give my respects to the friends and my love to yourself. Kiss Henry and Jennie for me. I remain yours, — Jim X. McIlwain

¹ The other members of Co. G killed at Gaines’ Mill who were not mentioned by name in McIlwain’s letter included Johnson Carney, Charles Crofut, W. B. Cunningham, and Peter Shaner.

² Many of the regiments entered the war with full brass bands but by the time the war dragged into the second year and the costs of the war escalated, Congress decided that these bands were an unnecessary expense and passed an act abolishing them. Before the order of July 29, 1862 ordering the regimental bands home, there were an estimated 28,428 enlisted musicians in the North. Of these, 14,832 were bandsmen. After that date, musicians within each regiment were generally limited to a drummer and/or bugler. 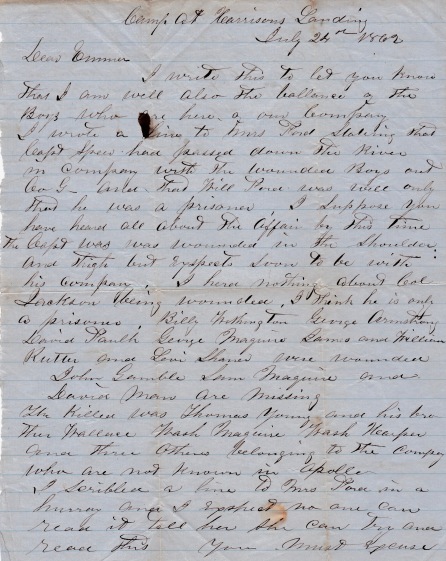 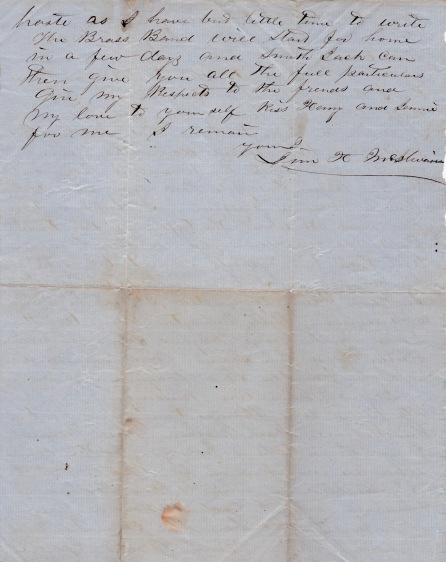