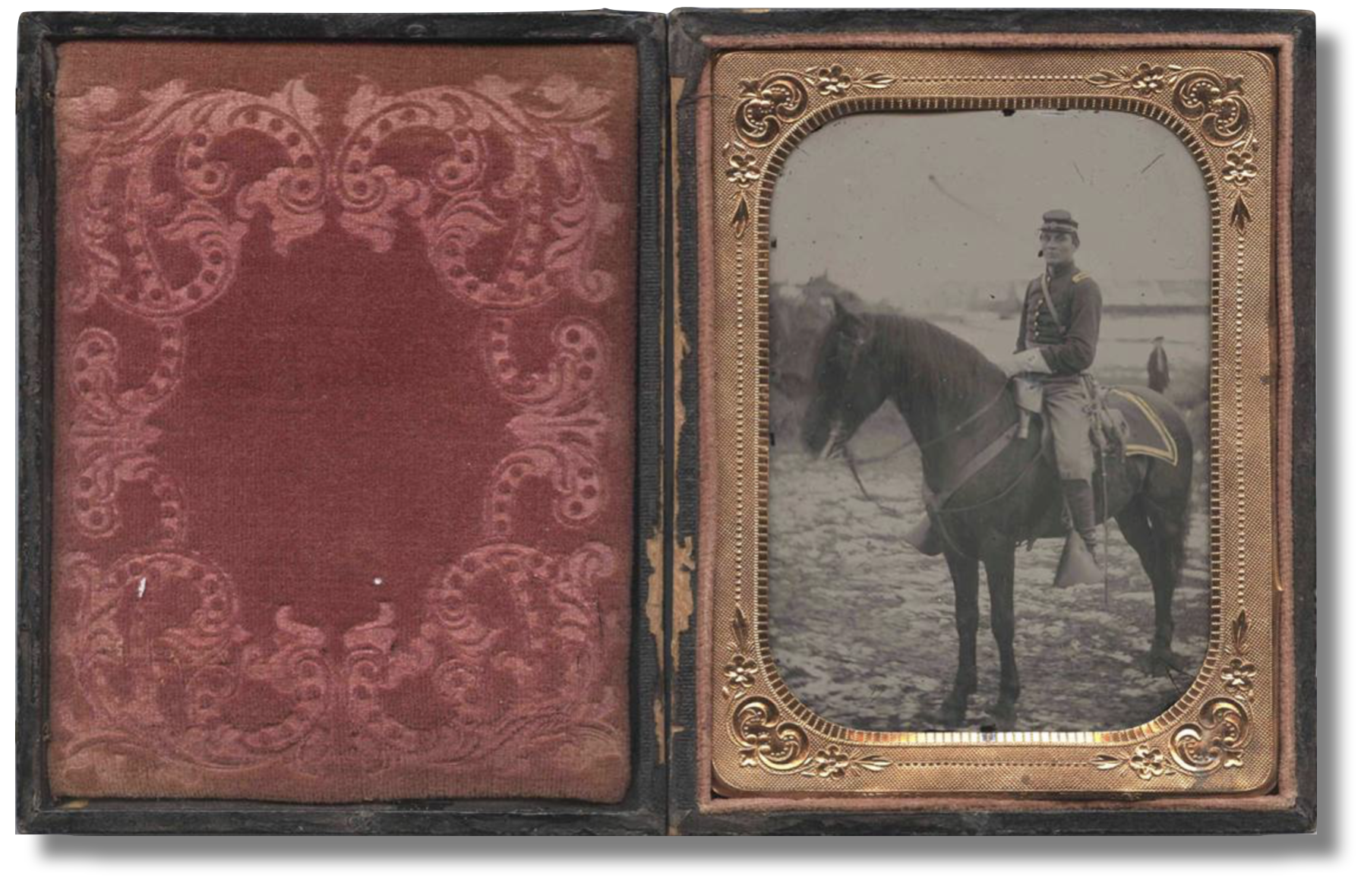 David was residing in Fenton, Genesee County, Michigan in August 1862 when he enlisted in Co. G of the 5th Michigan Cavalry. The rendezvous of the Fifth was at Detroit, where it was mustered into the service of the United States, under Colonel Copeland, on the 30th of August. About seventy men of Genesee county served in the ranks of its several companies.

For about three months after muster the Fifth remained at the headquarters waiting for arms, and at the time of its departure—December 4—the men had been but partially armed, though fully equipped. From Detroit the command moved to Washington, D. C., and remained there through the winter. In the spring of 1863, after being fully armed, it was attached to the Second Brigade of the Third Division of the Cavalry Corps, Army of the Potomac.

[Note: The header image is an officer in the 5th Michigan Cavalry.]

I could not send you any word the day I came away from Linden on account of the hurry I was in. All my likenesses got spoiled the night before and I had to sit for some more. I sent one to you by Dier [Dyer]. I could not do any better.

I am enjoying myself well here. I am standing guard today. Tomorrow I can [go] to the fair. I went yesterday with 40 of our company to St. Paul’s Church in the city. That is the first time I have been off the grounds since I have been back. We have to keep pretty close. I would like to get out once in awhile cooning but can’t now.

Bell, I want you to write and send me your thanks as you said you would and I will keep you posted on all the army news—or at least the Mounted Rifles—as long as Providence sees fit to spare so unworthy a soldier as your humble servant.

So goodbye & remember me in your prayers and dreams & write to your friend. — Dave 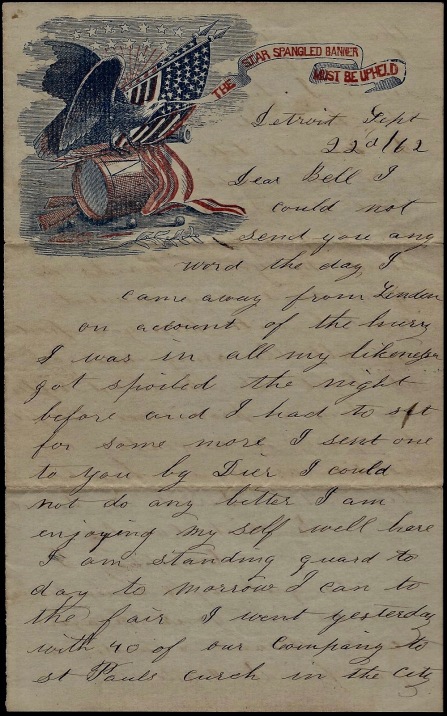