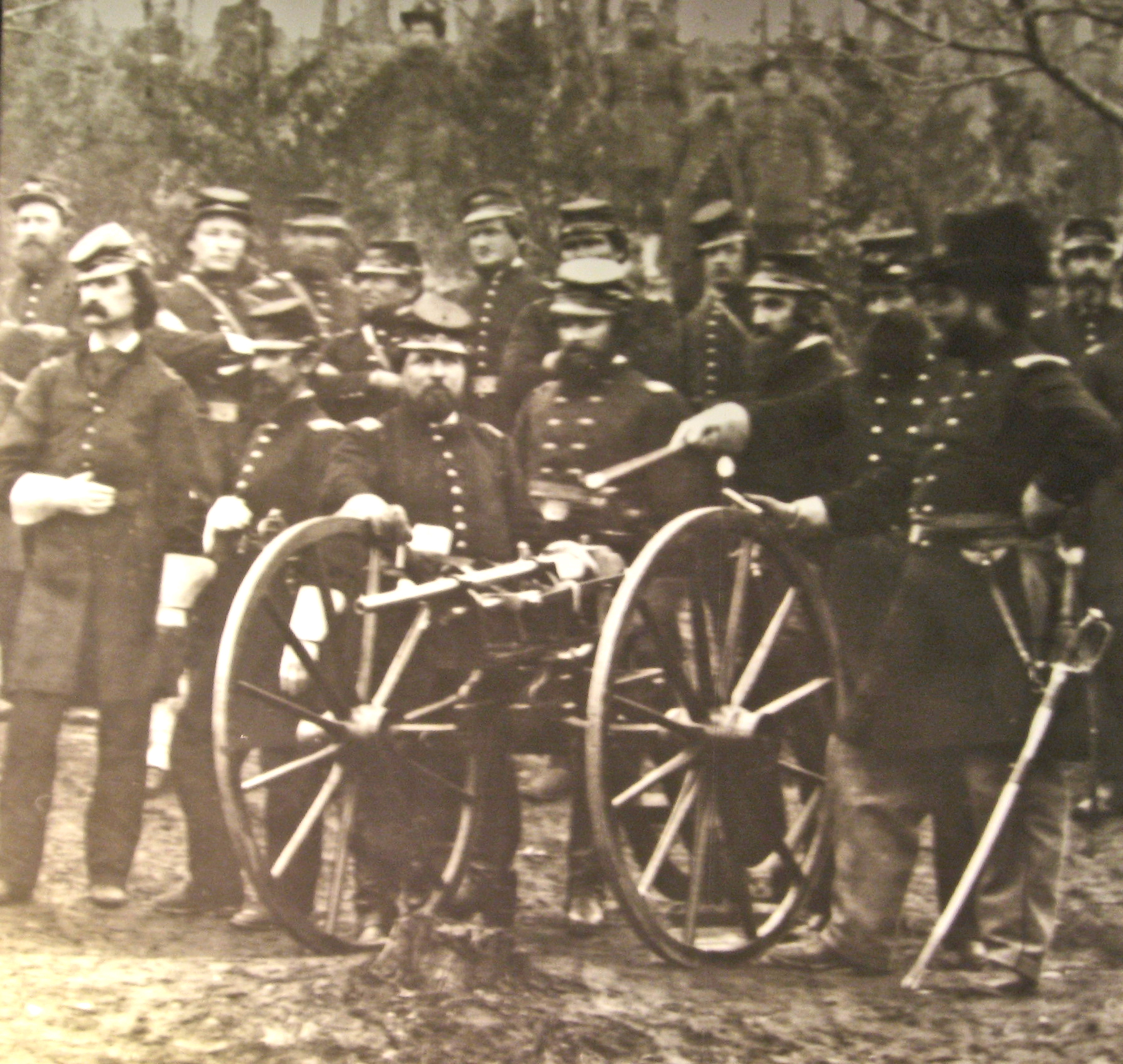 This incredible letter was written by 26 year-old Henry Milton Warren (1836-1862), the son of John M. Warren (1814-1898) and Polly L. Wood (1809-1903) of Middleboro, Plymouth county, Massachusetts. Prior to the Civil War, Henry worked with his father as a sawyer. In August 1861 he enlisted in Co. D, 18th Massachusetts Infantry and was with the regiment throughout the winter of 1861-62 at Hall’s Hill—the outpost of the Union defenses of Washington D. C. The regiment vacated its winter quarters in March 1862, embarked for the peninsula, and set up camp at Hampton, Virginia. They participated in the siege of Yorktown and following the Confederate withdrawal from that stronghold, joined in the pursuit of the Rebels up the peninsula by way of transports up the York river to West Point, and then overland to White House Landing on the Pamunky river. They set up camp at Gaines Mills and remained in that general vicinity guarding McClellan’s supply lines and base at White House Landing until 26 June 1862, during which time Henry wrote this letter to his father.

As far as we know, Henry was with the regiment at 2d Bull Run in late August 1862 where they saw their first real combat. The regiment was at Antietam but not engaged. We know that Henry was at Fredericksburg where he was wounded in the left knee when the regiment participated in the assault on Marye’s Heights on 13 December 1862. Sadly the wound proved to be mortal; Henry died at Mount Pleasant Hospital in Washington D. C. on 20 December 1862 after having had his leg amputated.

Henry’s letter is most remarkable for its description and drawing—rendered by Henry himself—of the early rapid fire machine gun [see Agar Gun] that was often called the “Coffee Mill Gun” or the “Union Repeating Gun.” Its designer, Wilson Agar, advertised the gun as “an army in six square feet” due to the high rate of fire of .58 caliber bullets through a single barrel. The guns were deployed for use in the field early in the war but were not practical on the battlefield so were largely relegated to remote locations where they could be used to guard bridges and narrow passes.

It has been some few days since I wrote to you and I guess it is time to write again. You will see I date this from another place. This is the way it happens. About 11 o’clock last night the captain yelled out telling us to pack up everything and get ready to march.

Well, here we are back again to the old camping ground. We started for Mechanicsville at 12½ o’clock night before last and got there soon after daylight. I began this letter there but the regiment being called to go on picket, I had to stop writing. Our whole brigade went out with us but in the afternoon we were all ordered back to the old camp. So after being relieved, we started about dark and got back here at ten o’clock last night. A shower came up and it rained by spells all the way in. I got about half wet through and we had to set our tents up. By this time I was tired enough to go to sleep. Today is clear and bright again.

Mechanicsville—were we went—is about 5 or 6 miles up the river from here, near where the Virginia Central Railroad crosses the Chickahominy River. We were posted along on the railroad. I don’t know much news to write. There was heavy cannonading day before yesterday over on James River. I hear it was our gunboats shelling Fort Darling.

Our regiment has got a piece of light artillery which carries a ball the same size of our rifles. It will fire from 60 to 100 balls in a minute and is drawn by one horse. I have made a kind of drawing of it so I guess you can see how it works. It looks very much like a piece of cannon, being mounted on wheels and is carried about the same. It is built on the revolving principle.

The weather here is not what I supposed it was. In the middle of the day, it is very warm. But as the sun goes down, it grows cool and the nights are quite cold. There has been a great deal of rain here but not so much like the past week.

We have to keep 60 cartridges in our cartridge boxes and we have an inspection of arms every afternoon so as to be ready to meet the rebels at any time. The Captain said tonight that the rebels are concentrating a large force on our left and may want to have another fight. If they do give us fight, they will find us better prepared than we were before. I think it was a week ago today some rebel cavalry got in between us and the White House and raised particular mischief with our teams. They burnt a number of them and I believe one steamer. I suppose you have got a better account of it than we have. They took the son of our sutler prisoner and burnt his cart. ¹

A good many of the rebels are deserting and come in to us. I guess they are getting sick of being whipped in every fight. If I am not mistaken, our gunboats can go up any time and destroy the City of Richmond. ²

¹ Henry is referring to the raid conducted by J. E. B. Stuart from 12-15 June 1862 in which his men rode around the right flank and rear of the Federal position. Stuart’s cavalry raided Garlick’s Landing on the Pamunky river and captured 14 wagons and some sutler’s stores, and burnt two schooners laden with forage and then headed toward Tunstall’s Station.

² Henry was mistaken. Not only were the Confederate defenses formidable at Fort Darling by the time this letter was written but obstructions in the river prevented the Union gunboats from proceeding further upriver to Richmond. 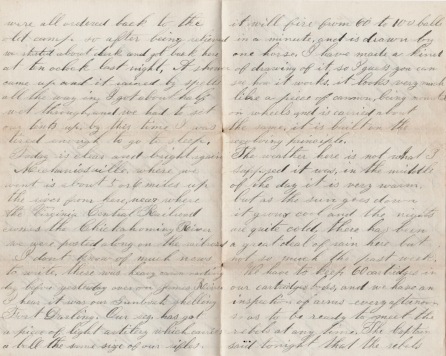 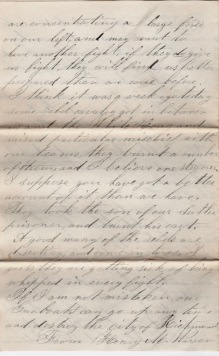